Dr. Michael Penkin uses chiropractic to treat low back pain in Rochester, NY. He specializes in treating lumbar disc injuries – including disc herniations, bulges and protrusions. His evidence-based approach to low back pain has helped patients achieve immediate and long standing relief. As a highly trained sports chiropractor, his background in bodybuilding, powerlifting, and collegiate sports lends him the experience and knowledge to treat athletes suffering from acute or chronic spinal pain.⁠ Dr. Mike has learned from some of the most influential doctors in the field, including Stuart McGill, Craig Liebenson and Kelly Starrett.

Dr. Mike understands the importance of maintaining peak physical condition in order to obtain optimal athletic performance and quality of life. He would love to help you enhance your performance in the gym or at competitions as well as alleviate any pain you may be experiencing during day-to-day activities. Dr. Mike would be happy to answer any questions you may have and schedule a chiropractic appointment for you.

Post college, Dr. Mike went on to work in the Foreign Military Sales Department of Naval Helicopters at Lockheed Martin – Systems Integration – Owego. After suffering from back problems without resolve, he realized his true passion for chiropractic care and left his job to pursue a career in the profession. Amidst finishing chiropractic college, he became a natural bodybuilding pro in the World Natural Bodybuilding Federation and won the 2010 INBF Amateur World Heavyweight Class. 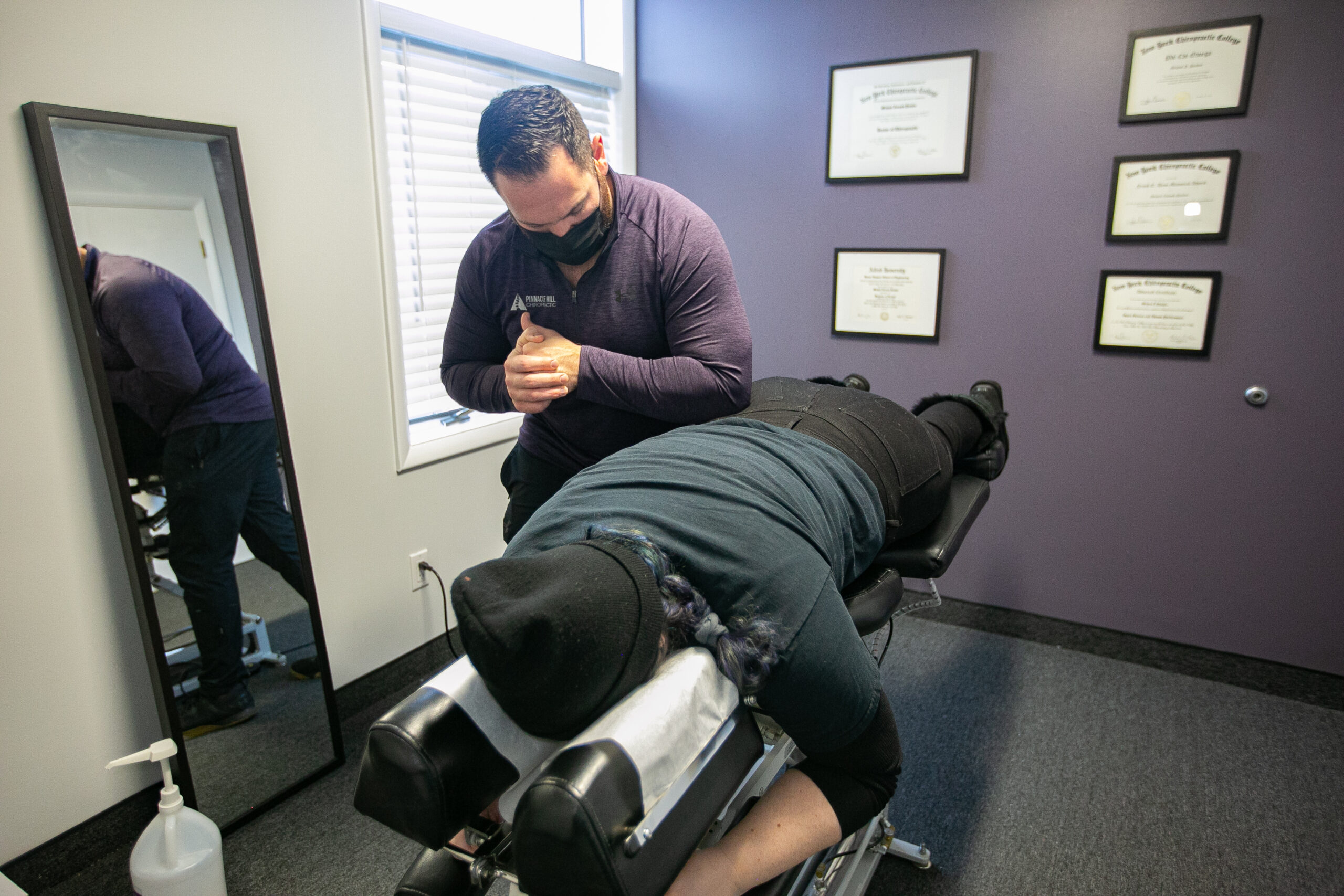 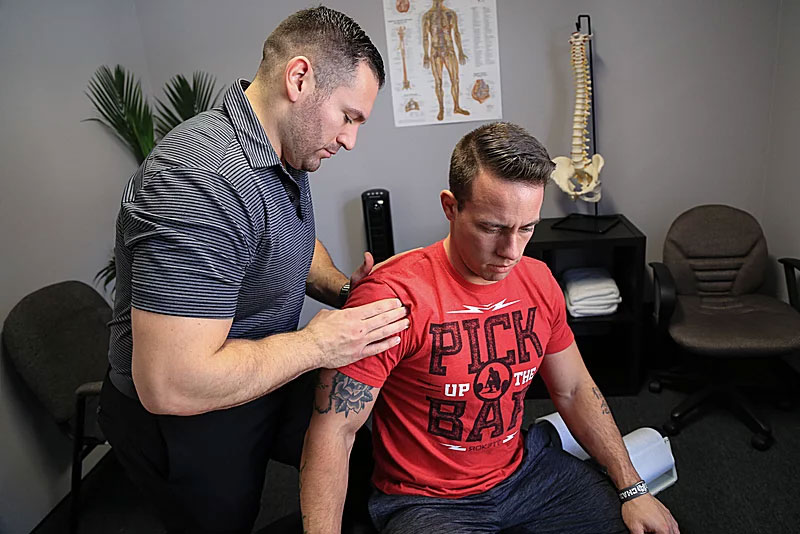 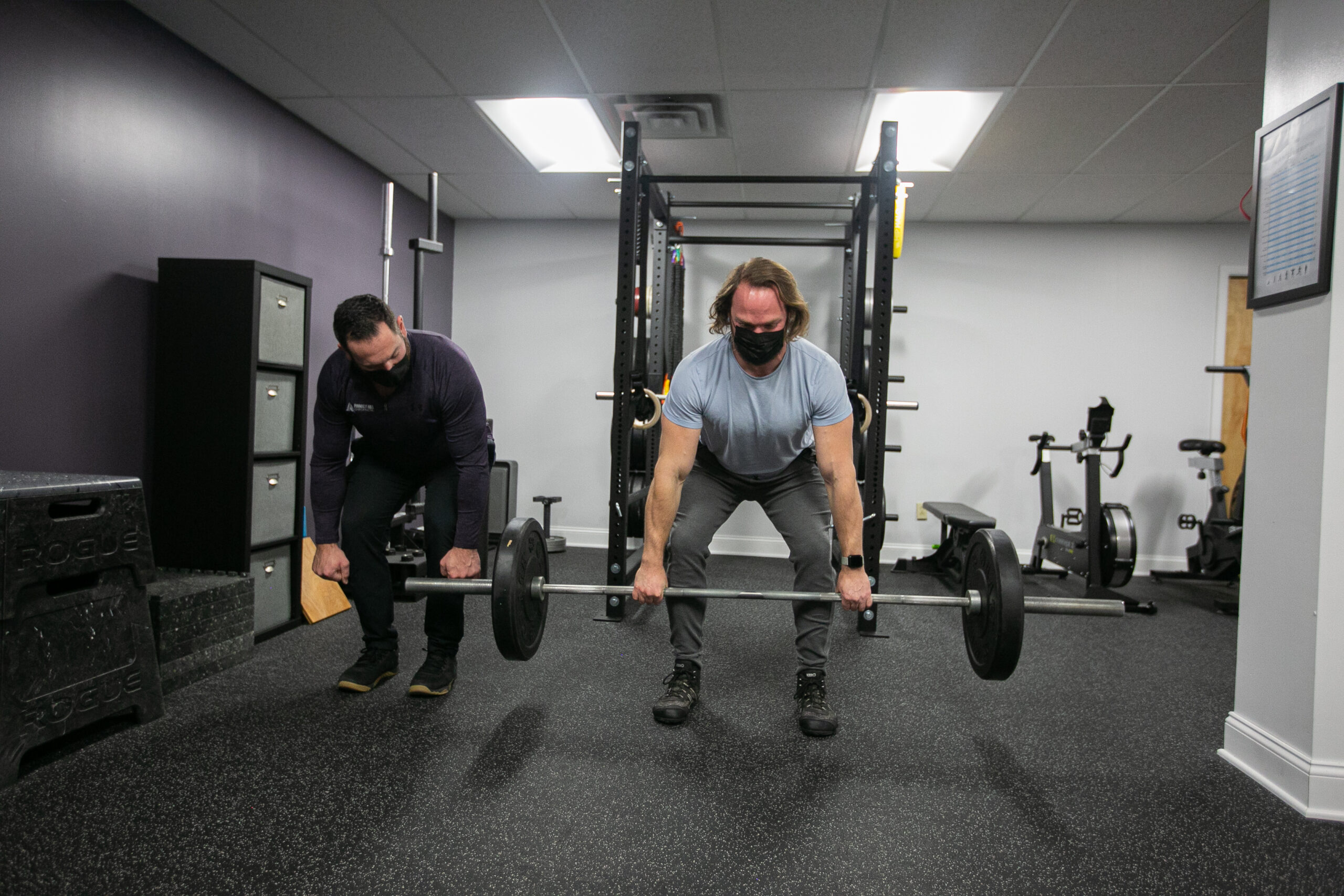 Our blogs on sports care in Rochester NY

I'm hoping that by sharing some myths about chiropractic care, [...]

I’ve written about the importance of strength training numerous times, [...]

Schedule a visit with a Rochester Chiropractor, Rochester Massage Therapist or Nutrition Specialist at our office in Rochester, NY!

“Dr. Mike is always incredible! He takes time to ask questions to be sure he knows exactly what I’m experiencing so he knows how best to help me. You can tell that he genuinely cares about his patients.”